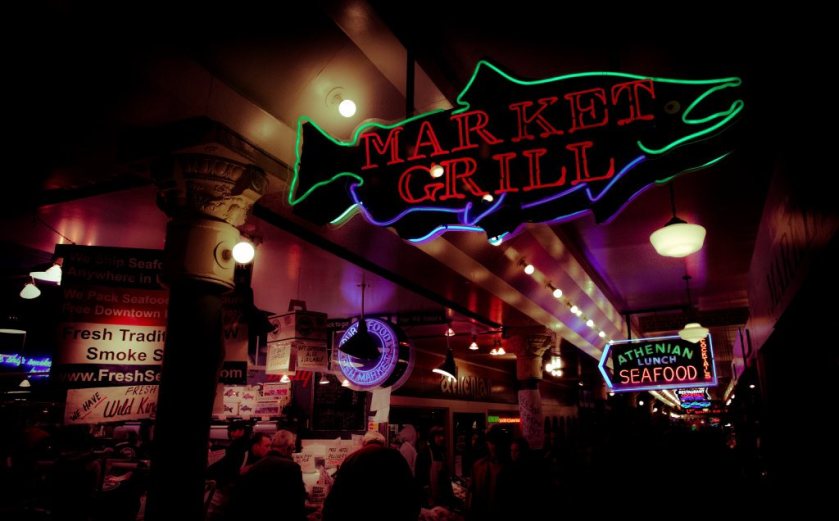 Street photography is something described as an audit of an environment that the photographer places him- or herself in. What’s there?  What’s around you?  What’s happening? All are questions that receive answer within the images produced and the street’s narrative is built and understood. If you’re actually photographing what’s happening in the street you’re bound to capture people in the act of whatever it is that they do. The street photography that I’ve looked through most recently is that of the Edmonton photowalk led by Darlene Hildebrand back in October 2011. The cluster of pictures from several photographers on that first Saturday afternoon in October present an audit of Life along Edmonton’s Whyte Avenue in Edmonton’s Old Strathcona area. Everything is captured – architecture (doors, buildings, windows); modes of transportation (cars, buses, trucks, bicycles); there’s a sense of space (that within the street and that which surrounds people, their personal space); there’s the colour and weather of the afternoon. Within most of it there’s the art of human endeavor. Conversely, there’s the defeat of endeavor no longer strived for; there are people broken and lost and at wits-end, the down and out.  They too are captured in street photography. The photograph presented here is one taken from within the Pike Place Market in Seattle. To a certain extent it qualifies as street photography as it presents information about the environment of the market place – what you’ll find and what people are doing. What is surprising is the participatory element – people are tolerant of photographs being taken; it’s a touristy thing to do.  Good. Maybe that’s the thing to think about in street photography – investigating the street by way of participation.

Listening to Bill Mallonee & Vigilantes of Love with She Walks on Roses, Patty Griffin’s Tomorrow Night and Over the Rhine’s Jesus in New Orleans, all from a genius playlist starting with Pierce Pettis’ Everything Matters album.

Quote to Inspire – “Photography takes an instant out of time, altering life by holding it still.” – Dorothea Lange

5 thoughts on “By Way of Participation”