Three weeks back, in the midst of mileage and a COVID pivot, on a road west in Southern Alberta I was able to stop, get out of my truck, frame this image and two others, return to my truck and motor on. Many elements make this image come together, not the least of which is the encounter of colour within what is largely a monochromatic image. Liking it.

Quote to Consider / Inspire – “One should not only photograph things for what they are, but for what else they are.” – Minor White, Frames Magazine, February 2021.

Listening to – Kathleen Edwards’ ‘Take It With You When You Go’ and Appalachian Road Show’s ‘Don’t Want to Die in the Storm.’

A COVID pivot provides minimalist moments among the modulation and ramble of foothills roads in southernmost Alberta.

Quote to Consider / Inspire – “Photography, as we all know, is not real at all. It is an illusion of reality with which we create our own private world.” – Arnold Newman, Frames Magazine, January 2021

Liking this bit of winter morning light, directional light, side-light – intensity and shadows – falling on snow and an Alberta homestead, a first image in a long while.

Quote to Consider / Inspire – “… I believe that the real challenge of photography lies not in finding something or someplace exotic and beautiful to photograph, but in revealing the hidden beauty in what most people would consider mundane.” – Howard Grill, The Challenge of Photography, Frames Magazine, February 2021.

Listening to – Ian Tyson’s ‘Yellowhead to Yellowstone,’ Galen Huckins’ ‘The Kennicott,’ Roo Panes’ ‘A Message to Myself,’ and Hollow Coves’ ‘Adrift.’

Quote to Inspire – “There is only you and your camera. The limitations in your photography are in yourself, for what we see is what we are.” 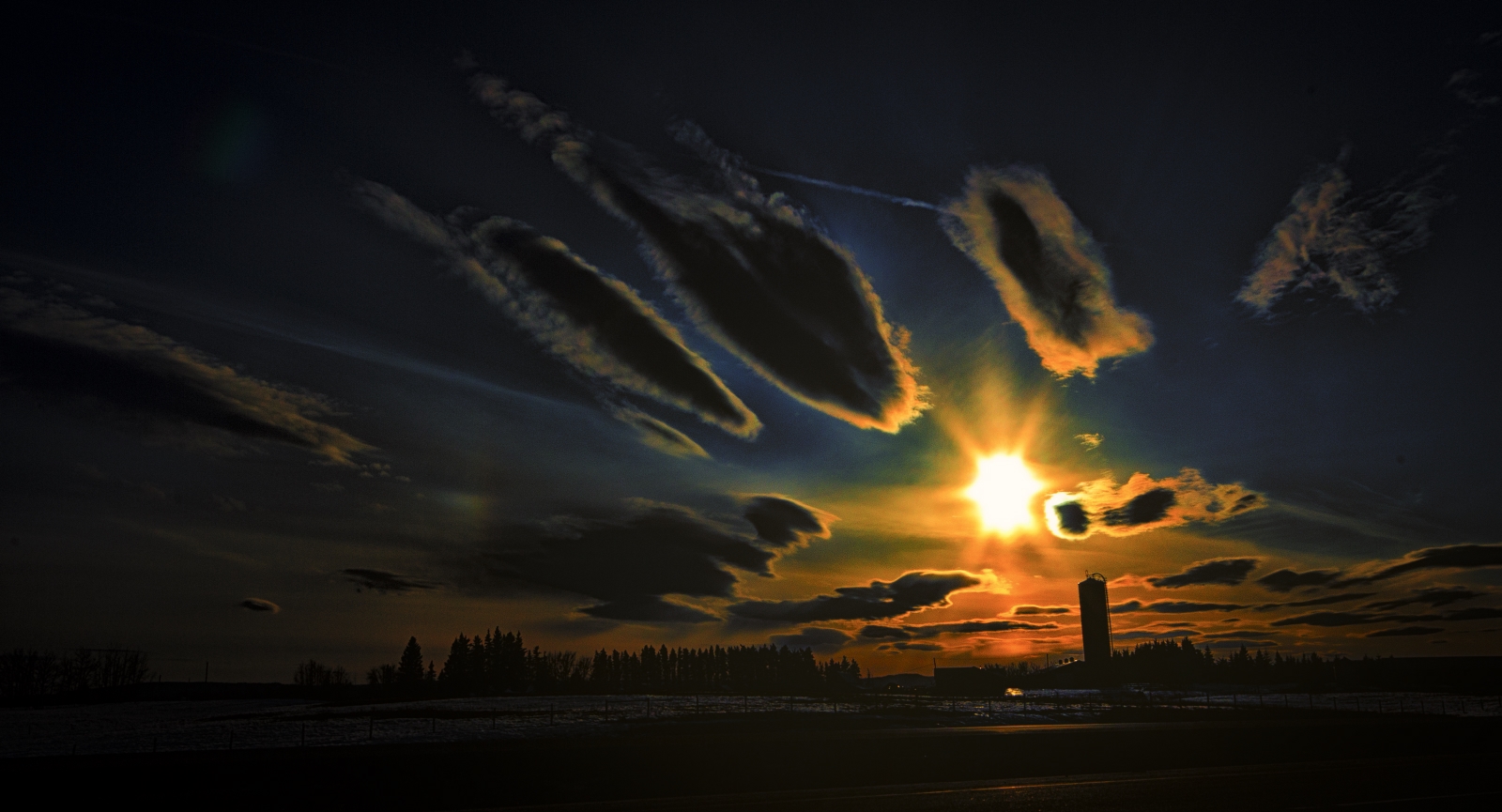 Wednesday’s travel took me from my Calgary, Camera Store stop northward on my return drive to High Level. Around dinner-time, between Mayerthorpe and Whitecourt the cloud-work and evolving sunset on the southwest of the highway were a spectacular sight among a huge and open northern Alberta sky, land less frequently frequented, something quite different from the frenetic congestion of people and land encountered between Edmonton and Calgary, an area still held in grey bleakness of winter. It was good to be traveling home in familiar North Country.

Listening to – Collective Soul and ‘Shine’, and, Sigur Ros and ‘E-bow.’

Quote to Inspire – “While there is perhaps a province in which the photograph can tell us nothing more than what we see with our own eyes, there is another in which it proves to us how little our eyes permit us to see .” – Dorothea Lange

I’m liking these cattails and the lengthening curves of the snow in which they are set.

Quote to Inspire – “I really don’t have any idea about photography, but I take pictures.” – Alex Majoli

Cable has been wound upon one of two huge snow-covered spools used to pull the Edmonton Queen ferry up and out from the Peace River at Tompkins’ Landing, Alberta. The first image, a macro shot explores light, colour and texture of cable on the spool. The other two images are of the Tompkin’s Landing ice bridge – one kilometre in length, crossing the Peace River – a solid structure between December and March, capable of holding a transport truck weighing 60 tons.

Listening to – Coldplay from the Mylo Xyloto 2012 tour beginning with ‘Major Minus,’ then ‘Yellow,’ ‘Princess of China,’ ‘Up in Flames,’ ‘Clocks’ and ‘Charlie Brown.’

Quote to Inspire – “Photography for me is not looking, it’s feeling. If you can’t feel what you’re looking at, then you’re never going to get others to feel anything when they look at your pictures.” – Don McCullin

Listening to – Coldplay’s ‘Mylo Xyloto,’ ‘Hurts Like Heaven,’ and ‘In My Place.’

Quote to Inspire – “I’m very open to any visual conceits and any possibilities at my disposal to be better explain to people the ideas I’m exploring.” – Tim Hetherington

Sangudo, Alberta – on a sunny day, closing in on spring, buildings from a former farming time continue to erode with wind and weather. Sun heats snow-laden earth and clouds begin to billow and move eastward over the horizon.

Listening to – Josef Myslivecek and Concertino in E Flat for two horns.

Quote to Inspire – “A photograph is usually looked at – seldom looked into.” – Ansel Adams

One of the inlets, off the Great Slave Lake serves as home to three smaller boats just across the way from where the Canadian Coast Guard moors its smaller vessels. The water, calm, reflects the boats and sky – the end of one of spring’s last days.

Quote to Inspire – “A photograph is not created by a photographer. What they do is just open a little window and capture it. The world then writes itself on the film. The act of the photographer is closer to reading than it is to writing. They are the readers of the world.” – Ferdinando Scianna