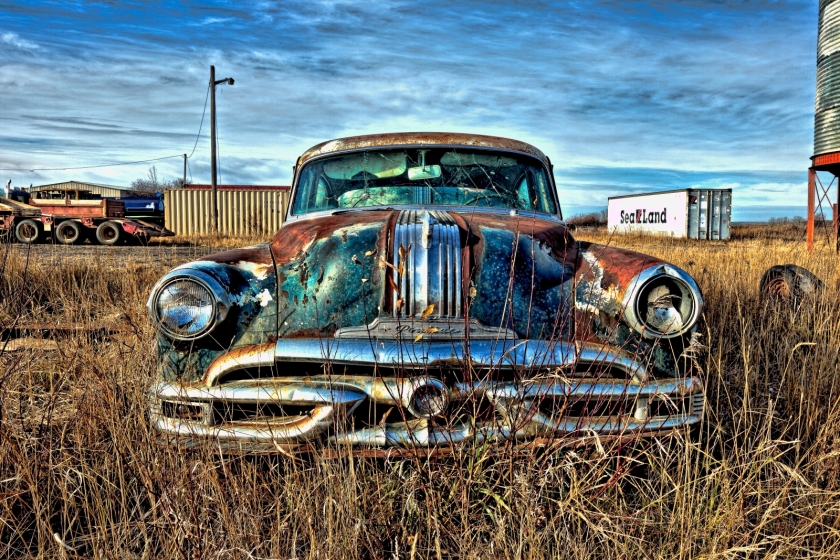 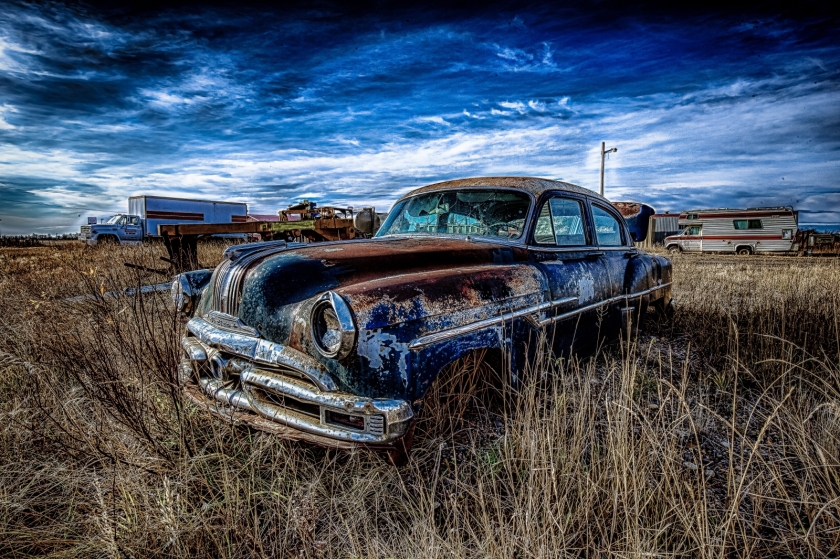 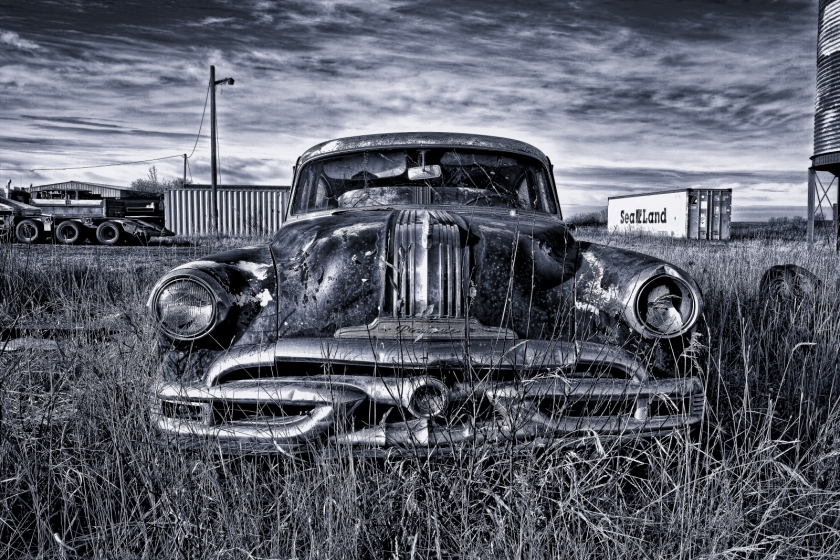 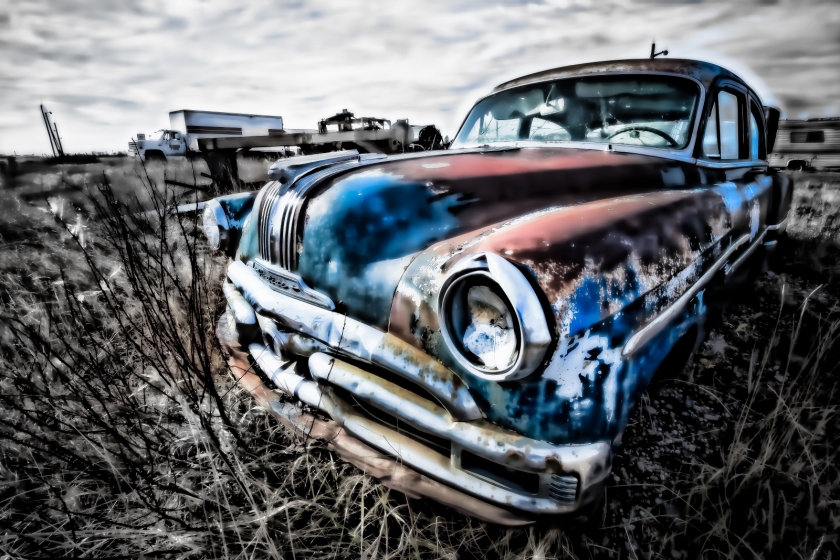 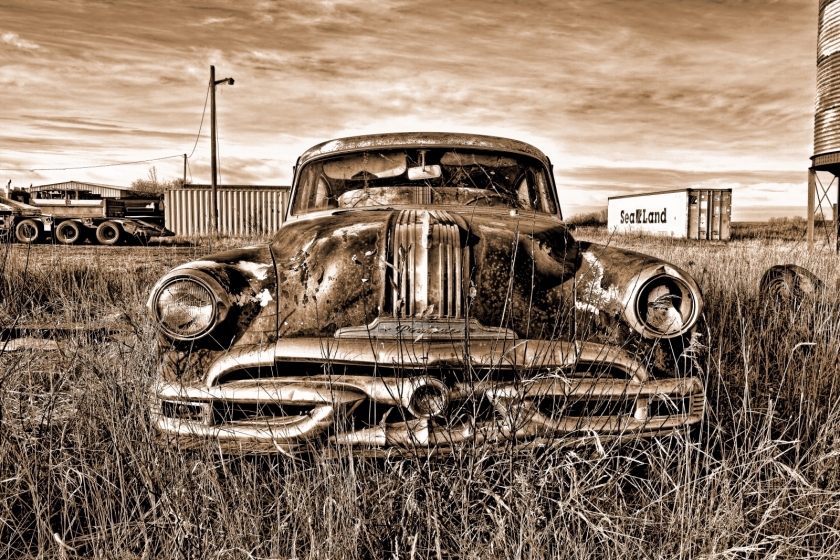 Nissan Pathfinders – my wife and I have owned and driven three of these sports utility vehicles in Northwestern Alberta. We used each to travel in and out of Wood Buffalo National Park on our bi-weekly grocery run, a distance of 200km one way. Most of the time, the Pathfinder was locked in true four wheel drive and careening forward, sliding on any angle but straight along slick, clay-mud, corduroy roads or perhaps creating a first track along snow laden roads. The joke at the time was that we could have filmed a Nissan Pathfinder commercial because of the treatment each Pathfinder received and because of the durability and handling found in its use. And, though the Pathfinder did always find its path, there were humbling times when it got stuck and had to be pulled out – six times in my last year in the park.

A few years ago, travelling with my camera among the backroads in and around Blue Hills, Alberta, I stumbled across an early fifties Pontiac, an old grey vehicle that had been parked among trees and other aging farm implements along the entrance to a Mennonite farm. I photographed the vehicle and did some research. The Pontiac was a sedan, possibly one intended only for Canadian markets – a 1953 Pontiac Pathfinder. A Pontiac buff, having driven my father’s 1969 Pontiac Parisienne through most of high school, I was surprised to find that Pontiac had had its own Pathfinder.

On Saturday, I drove past a service station two kilometres north from Manning, Alberta. An old, early fifties vehicle was displayed on the property, having sat on the site, ready for sale, through these past two years; but, the vehicle has always had a blue industrial shipping container placed next to it, something which has made it awkward to photograph from a stance of adjacent backgrounds and from sunlight never totally surrounding the entirety of the car properly. As I drove by I realized that the shipping container was no longer there and that the opportunity of a good photograph was possible. I captured these images and in researching the Pontiac found it to be another 1953 Pontiac Pathfinder. It was good to spend time photographing the car and then it’s been fun to edit the images, too – each a high dynamic range (HDR) shot.

Listening to – Walter Trout’s ‘Almost Gone,’ a voice that sounds so similar to the Who’s Roger Daltry singing ‘Won’t Get Fooled Again’ and ‘Baba O’Reilly;’ the song accompanies this rusting relic well.

Quotes to Consider – (1) “I’ve never taken a picture I’ve intended. They’re always better or worse.” – Diane Arbus. (2) “Some pictures are tentative forays without your even knowing it. They become methods. It’s important to take bad pictures. It’s the bad ones that have to do with what you’ve never done before. They can make you recognize something you hadn’t seen in a way that will make you recognize it when you see it again.” – Diane Arbus