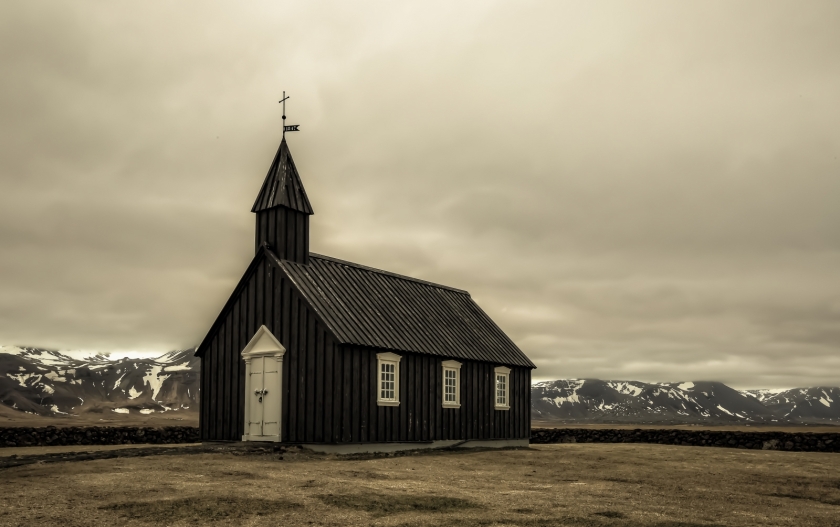 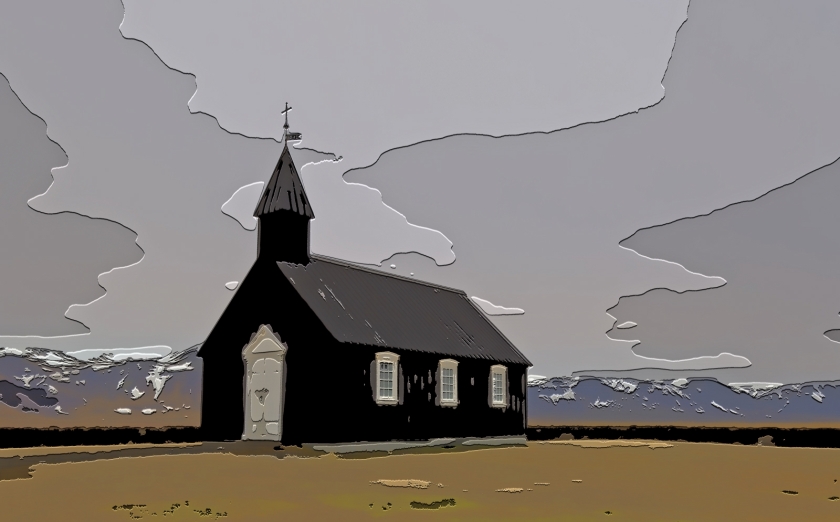 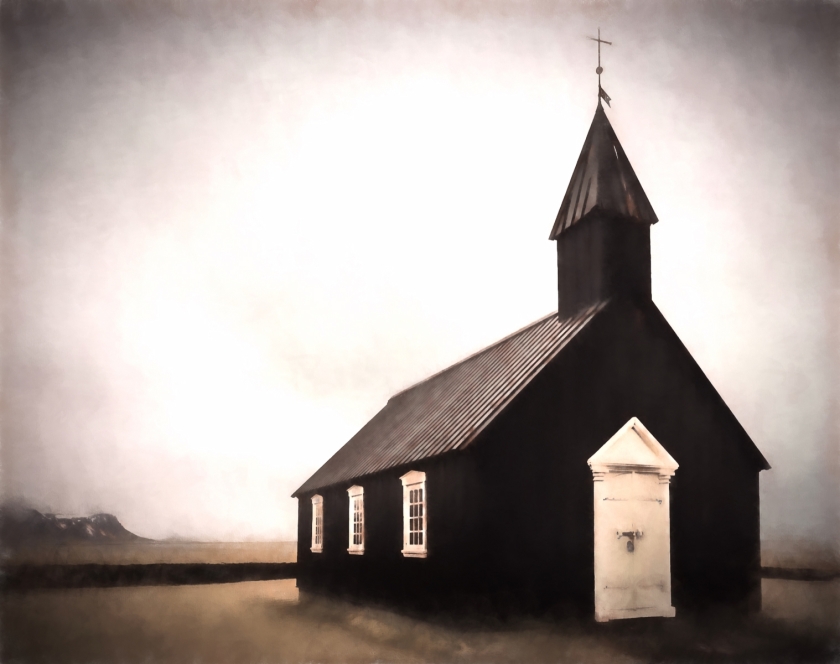 The Black Church at Buðir (in Iceland) is a striking, black, wooden structure with white door and windows. Black pitch (or tar) preserves the church from the weather and has done so for most of a century at a time. This same black pitch is used to preserve the hulls of wooden sailing vessels against rot. The aphorism pitch black describing darkest of nights derives from this same black pitch. The church began serving parishioners in 1703. The rebuilding of the church occurred in 1847. A woman petitioned her King for permission to do so after the hamlet of Buðir encountered a decline in trade. Steinunn Larusdottir won her King’s consent to rebuild the church.

My curiosity about this church stirs. What would Sunday’s service be like for a parishioner when the church was first built? What would the order of service have been? How would the parishioner come to know God? How would he or she meet the people within the narrative of old and new testaments? Was the church the place to meet in the hamlet of Buðir for fellowship through each week? A broader curiosity, involving centuries perhaps, is how Viking heritage / culture came to resolve and coalesce with Christianity.

Quotes to Consider – ‘Prayers are tools not for doing or getting, but for being and becoming.’ – Eugene Peterson, Montana-based Pastor, author-translator, translating the bible himself into what would become ‘The Message Bible,’ the Bible in current, everyday, layman’s language.

Burning It Down – Seeing It Through