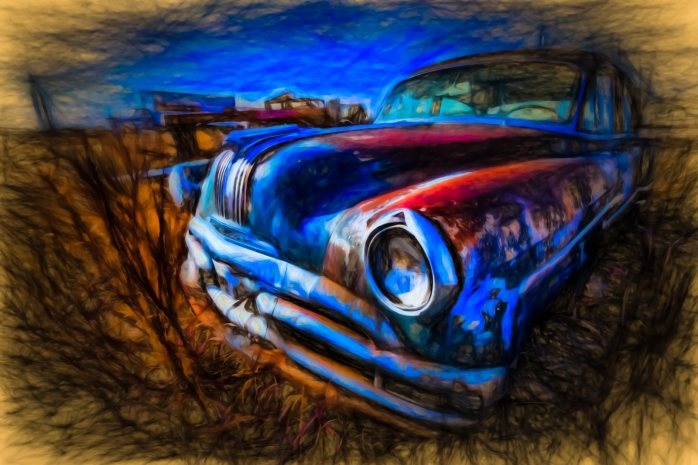 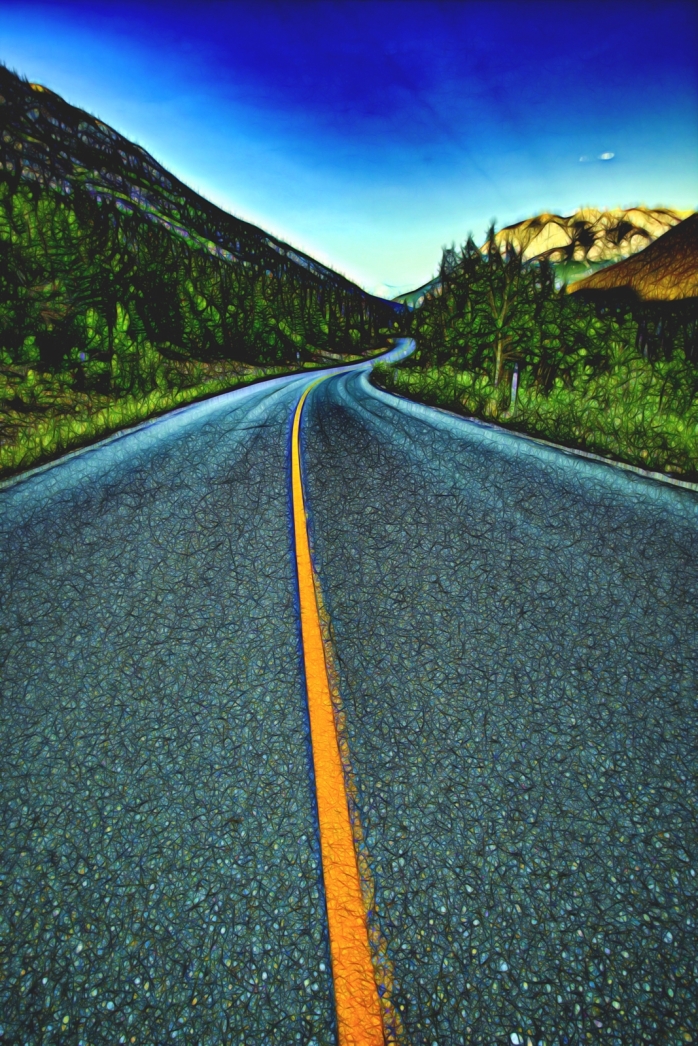 It was a Pontiac, the car my father taught me to drive – an olive green, two-door Pontiac Parisienne built for 1969 yet available to Dad in the fall of 1968. On St. Brendan’s field, hanging out with friends, I saw Dad drive it home – colour, class, chrome and shape. It had a 350 cubic inch engine, powerful enough to pass others easily on the open road; Dad said it had ‘Pep.’ There were seat belts for us all and an a.m. radio tuned to CBC 740, CKUA 580 or CFRN 1260 on the dial … and you dialed in best sound. With Dad, I learned to drive carefully, eloquently and with ease. There were wake-up calls and near misses and other drivers who spoke with their horns. On the highway, Dad said my foot was a little heavy … he said that with a smile. The transition was from driving with Dad to driving alone the way Dad would have me drive. There were times when the tie-rod end came off, when after ten years the regulator was jammed so full with dust and sand that the alternator couldn’t keep a current running through the electrical system on a slow idle and there was that time when a lifter clanged loudly after a drive with me at the wheel. Dad knew what to do and we kept the Pontiac running. My Dad, who made time for all this, did this for me, his son.

Parker J. Palmer speaks of something similar with his father; his father gave him, “… a sense of being at home in [his] own skin and on the face of the Earth.” William Stafford’s poem ‘Father’s Voice,’ resonates in similar fashion.

“No need to get home early;
the car can see in the dark.”
He wanted me to be rich
the only way we could,
easy with what we had.

And always that was his gift,
given for me ever since,
easy gift, a wind
that keeps on blowing for flowers
or birds wherever I look.

World, I am your slow guest,
one of the common things
that move in the sun and have
close, reliable friends
in the earth, in the air, in the rock.

Listening to – Brubeck’s ‘Time Out’ and for a bit more fun, ‘Bru’s Boogie Woogie’ – tunes Dad would play on a Saturday night on his Heintzman grand piano in vertical form, a very bright sounding piano.

Photography and the Art of Seeing

My Tweets
Follow In My Back Pocket – Photography on WordPress.com
tovahtravis
Photography Studio Delhi
Awesome Doggies
Blog of Puppies
The Immortal Jukebox

A Blog about Music and Popular Culture

The world around through my camera's lens

"Shootin' from the Hip Photography Tips"

BY GRACE THROUGH FAITH

thoughts on innovation, startups, photography and bourbon since 2007

I make photographs and poems to please myself (and share them to please you).

'Why be reliant upon secular media sources, literary works penned by atheists, and embittered hearsay to inform your views on religiosity, or worse still to bring about the lack thereof, isn't that as sensible as asking directions to KFC from Ronald McDonald?' ―T. C. M

Traveler & photographer with a passion for everything

GROUND OR AIR THERE IS NO STOPPING FOR US